You are here: Home / Prague / Charles Bridge at Dusk, Prague 1

Tap on a Photo to … END_OF_DOCUMENT_TOKEN_TO_BE_REPLACED 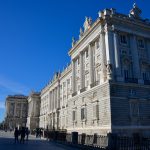 The Palacio Real feels a lot like Buckingham Palace: stately, restrained, and lacking in spice. But the earth has a great deal of pedigree. For many centuries, the Royal Alcázar of Madrid stood on this ground, a Moorish palace that became a royal residence. It held countless treasures from the Spanish empire. On Christmas Eve, […] 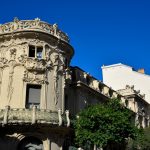 The Art Nouveau curves of the Palacio Longoria were dreamt up by José Grases Riera, the same man who designed the Monumento a Alfonso XII in the Buen Retiro. Judging from other photos, the stained glass in the cupola is quite spectacular! 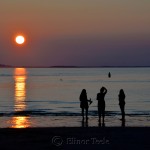