You are here: Home / Prague / Charles Bridge at Dawn, Prague 1

Like the Bridge of Sighs in Venice, Charles Bridge in Prague is the tourist spot. The best time to see it may be dawn. You’ll have the company of a few photographers, three teenagers getting high, one lone and grumpy security guard and the rising sun.

The 14th-15th century bridge was the baby of King Charles IV – the hero of Bohemia – and, until 1841, the only bridge across the river Vltava. For centuries, it was a vital artery between Prague Castle and the city’s Old Town. Even catastrophic floods and a pitched battle in the Thirty Years’ War couldn’t bring it down.

Prime gawking sights include the two Gothic towers at either end of the bridge and the mishmash of Baroque statues that line the walls. (Wikipedia has a helpful list of Charles Bridge statues). Commissioned by Prague aristocrats, the city, the Church and the universities, these were, as Neil Wilson puts it in the Lonely Planet Guide to Prague, the ecclesiastical billboards of their day.

The one depicted here is the statue of Saints Norbert of Xanten, Wenceslas and Sigismund.

Commissioned by the abbot of Strahov Monastery, Dr. Jeroným Zeidler.

Tap on a Photo to … END_OF_DOCUMENT_TOKEN_TO_BE_REPLACED

St. Anne with Madonna and Child. Sculptor: Matej Václav Jäckel (1707) Commissioned by Count Rudolf of Lisov, hetman of the New Town of Prague. 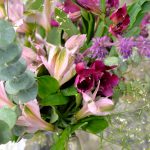 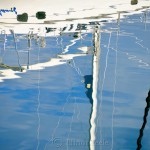