For those who long for the days of secret police, you need only look up in Budapest to refresh your paranoia. No matter where you step, you are being watched. Occasionally by friendly faces, but mostly by grim and tormented souls.

There is a precedent for this trend. In 1897, Kaiser Wilhelm II was strolling through Budapest with his frenemy, Emperor Franz Josef.

“What a splendid city,” the Kaiser commented, twirling his mustache with his right hand, his withered left arm stuffed deep in his pocket. “Pity about the lack of statues.” (At least, that’s how I imagine the exchange.)

Stung, Franz Josef decided to show the Kaiser how virile the Austro-Hungarian Empire could be. He gifted 400,000 crowns from his own privy purse for the erection of 10 statues of historical significance. These 10 multiplied to 20, to 30 and beyond. In the 14 years between 1896 and 1910, 37 statues appeared in Budapest’s streets. They included, of all folks, George Washington (you can find him in City Park).

Tap on a Photo to … END_OF_DOCUMENT_TOKEN_TO_BE_REPLACED 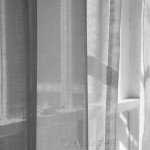 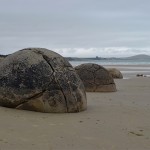