Archbishop Gebhard knew what he was doing when he began building this fortress in A.D. 1077 – there is no place you can stand in Salzburg without being aware of the Festung looming over you. Kids and castle fans will be thrilled to know it’s the largest, fully-preserved fortress in Central Europe.

For 900+ years, this stronghold has withstood the threat of irritated Holy Roman Emperors, raging peasants, and foreign troops. It has even imprisoned a monarch. After a glorious stretch of doing what he pleased, fate caught up with Prince Archbishop Wolf Dietrich von Raitenau. He spent the last 5 years of his life here, imprisoned by his nephew Markus Sittikus.

Tap on a Photo to … END_OF_DOCUMENT_TOKEN_TO_BE_REPLACED 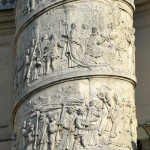