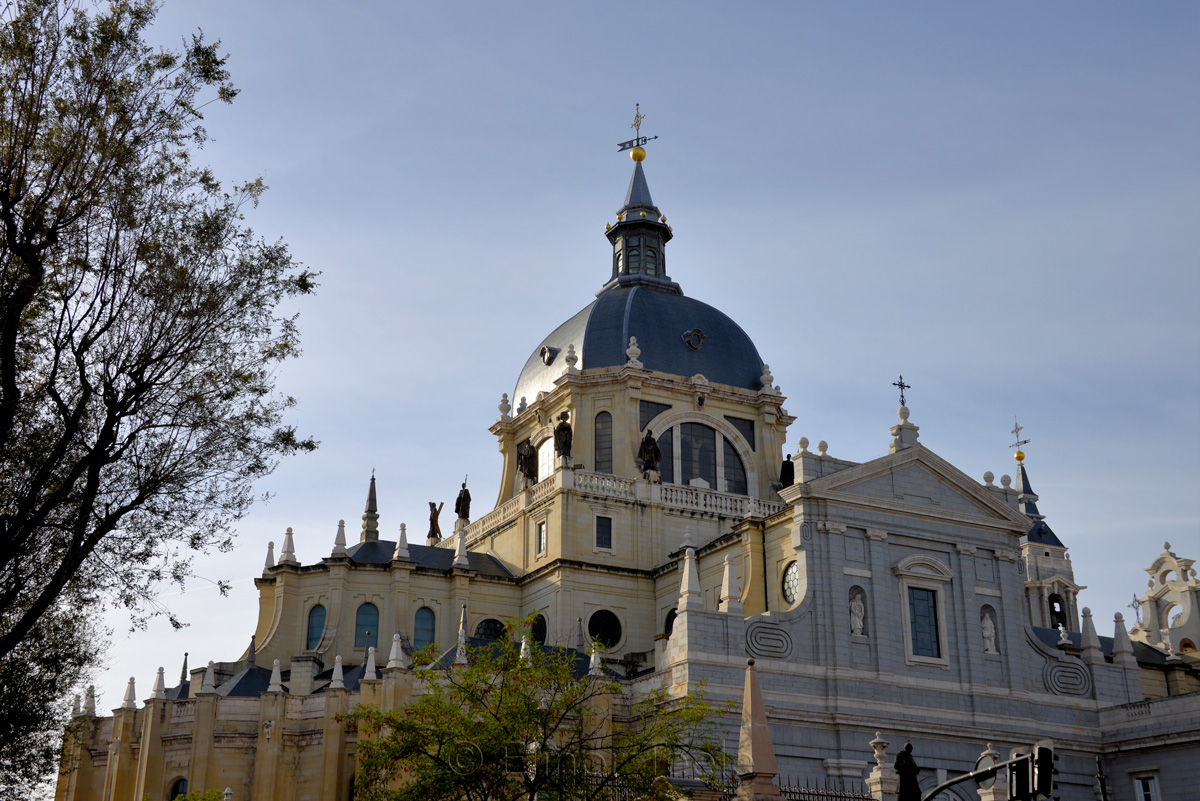 The Catedral de la Almudena is the seat of the Roman Catholic Archdiocese of Madrid. But the locals don’t have a lot of love for it. Too new, too big, and too bloody awkward.

And subject to its own trials. Construction began in A.D. 1879, but proceeded slowly. The original architect died. Money ran out. And the Spanish Civil War intervened. It was finally consecrated in 1993.

To match the layout of the Palacio Real, it’s constructed on a North-South orientation (not East-West, like most cathedrals). The vista from the palace isn’t bad, but the side view from the street leaves much to be desired.

It’s named for Virgin of Almudena, a medieval icon of the Virgin Mary and the Patroness of Madrid. A statue of the Virgin was hidden in the walls of Madrid during the time of Muslim conquest and only revealed when Alfonso VI reconquered the city in A.D. 1083.

Apparently, the cathedral is built on the site of a medieval mosque that was destroyed in Alfonso’s day. This makes sense, since the Moorish Alcázar would have been right next door.

Tap on a Photo to … END_OF_DOCUMENT_TOKEN_TO_BE_REPLACED 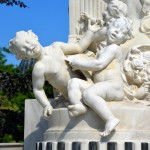 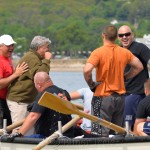 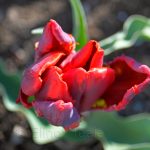