If you’ve got a spare shekel (or forint), it’s worth poking your head into the Hungarian National Museum.

Like all national museums, there is an extraordinary amount of historical flotsam and passels of bored school kids, but there is also:

Acquired for 181 florins by C.A. Spina after Beethoven’s death and gifted to Liszt. It’s a modest, mahogany beast with, apparently, an incomparable silvery sound. To quote from Jeffrey Dane’s article on Pianos of Beethoven and Other Famous Composers:

“We know that he snapped the strings and splintered the hammers of his Viennese pianos, as much from the strength of his playing as from the relative weaknesses of the instruments.”

Made in London, the Broadwood was better equipped to stand up to Beethoven’s enthusiasm.

The “Habanski” (Hutterites) were German-speaking Anabaptists who migrated across the continent from Switzerland. They arrived in northern Hungary during the 16th century and started producing their blue and white tin-glazed pottery – you’ll see reproductions in the tonier gift shops all over Budapest.

Wisely, the Hutterites kept their manufacturing process deathly secret, though scholars hypothesize they picked it up from Anti-Trinitarian Italians fleeing the Inquisition.

15th Century Viaticum Caskets (and Anything Made of Gold)

Hungarian artists had a lot of precious metal on hand – according to the Hungarian National Museum site, “the greatest portion of the gold production of the known world came from Hungarian gold mines” in the first part of the 14th century – and they weren’t afraid to use it. The museum is chock’a’block with exquisite crowns, belt buckles, chalices, mantel clasps – pick an object, any object.

But the highlight may well be the Viaticum caskets. Crafted in the form of medieval churches, these containers were built to carry the Eucharist to the dying. They’re not large, perhaps a few feet, but incredibly intricate. Bedside mourners would have been able to pick out tiny gargoyles on the church steeple. If you’re going to go, you might do worse than going with a vision of unearthly splendor before you.

Tap on a Photo to … END_OF_DOCUMENT_TOKEN_TO_BE_REPLACED 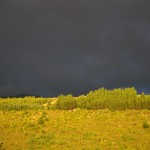 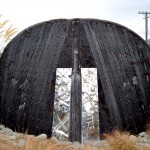 Black Phoenix II (1991) was created from the hull of a burnt-out fishing vessel, the Poitrel. Built by Miller and Tonnage, this maritime Phoenix went up in flames at the boat-building firm in 1984.