Founded in 1626, the Loreta houses a replica of the Santa Casa, the Virgin Mary’s “sacred house”. Scores of these replicas were built in Bohemia as part of the Catholic church’s PR efforts. If you can manage it, arrive on the hour. Then you’ll be able to hear the church’s 27 bells (pictured here) ring out, “We Greet Thee a Thousand Times.”

The original Santa Casa was, unsurprisingly, in Nazareth. Legend has it that angels were responsible for transporting it, after many adventures, to the Italian town of Loreto. There it would be safe from invaders of the Holy Land.

The Loreta also contains the Chapel of Our Lady of Sorrows. St. Starosta, a Portuguese princess and the lady in question, had much to be sorrowful about. The night before her projected marriage to the King of Sicily – a marriage she was particularly unhappy about – she prayed to God for assistance.

She awoke with a full beard. Her fiancé was horrified, her father furious. But instead of supplying her with a razor, he canceled the caterers and had his daughter crucified.

Tap on a Photo to … END_OF_DOCUMENT_TOKEN_TO_BE_REPLACED 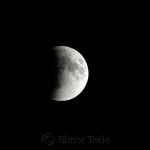