Gellért Hill (Szent Gellért hegye) is named after Saint Gerard, a man with the unfortunate honor of being the first bishop to be sealed into a barrel pierced with nails and heaved over a hill into the Danube. His patron, King Stephen, had recently died and the rebelling pagan Magyars (one shown here) weren’t interested in theological debate. You’ll see Gerard’s name adorning the popular Hotel Gellért and Gellért Baths in, yes, Gellért Square.

In the 18th century, Gellért Hill was the site of a popular calvary. On Easter Monday, pilgrims would labor their way up the steep slopes, past paintings depicting the sufferings of Christ, to celebrate the resurrection. Refreshments and religious tchotchkes were available from nearby vendors. They still are.

One of the most pleasant ways to reach the Gellért Monument is by ambling downhill, above secret crystal caves and the roots of former vineyards, and through streets lined with foreign embassies. On the day I was there in June, I saw a gentleman in ceremonial African garb stride out of his iron gates and step neatly into a waiting town car.

Tap on a Photo to … END_OF_DOCUMENT_TOKEN_TO_BE_REPLACED 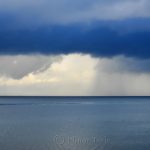 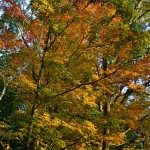