The patron saint of travelers is carrying Christ on his shoulder.

Commissioned by Václav Wanek, the portreeve of Prague.

The most expensive sculpture on Charles Bridge honors St. John of Matha and Felix de Valois, co-founders of the Trinitarians. Originally, the Trinitarians organized the ransoming of Turkish captives. St. Ivan, patron saint of the Slavs, seems to be there for no particularly good reason.

St. Anne with Madonna and Child.

Commissioned by Count Rudolf of Lisov, hetman of the New Town of Prague.

St. John’s main claim to fame lies in his death on Charles Bridge. According to legend, he was the confessor to the wife of King Wenceslas IV. In 1393, when he refused to reveal Queen Johanna’s secrets, the King bundled him up in a suit of armor and tossed him over the parapets (see also: St. Gellért in Budapest).

For his valiant deeds, St. John became the patron saint of Czechs and an ubiquitous presence all over town. Don’t miss his over-the-top tomb in St. Vitus Cathedral (you can’t miss it – it contains 2 tons of silver).

Legend suggests that if you rub the plaque beneath the statue itself, you will return to Prague. You’ll see where the bronze has been rubbed shiny by millions of fingers.

Even better, romantics have it that the stars in his halo, which symbolize the five letters of the Latin tacet (“silent”), followed him down the river. The stars also appear on a bronze cross a little further down towards the Old Town, marking his point of departure from the bridge. Apparently, if you place your hand so that each finger touches one star, one wish will be granted.

Sculptor: Original clay design by Matthias Rauchmüller, based upon a wood model by Jan Brokoff; cast in bronze by Volfgang Jeroným Heroldt in Nuremberg (1683)

Saint Ludmila was the grandmother and guardian of St. Wenceslas, aka Good King Wenceslas.

Legend has it she was strangled in chapel with her own veil (note her left hand). Wenceslas’s mother, Drahomira, didn’t approve of Christian policies or mother-in-laws. That might account for Ludmila being the patron saint of Bohemia, converts, Czech Republic, duchesses, problems with in-laws and widows.

Her grandson (at her right knee) didn’t fair much better. He was assassinated by his brother, Boleslav the Cruel.

16th-century Spanish missionary famous for his work in the East. Here he is baptizing a group of Indian and Japanese princes (whether they will or no).

Sculptor: Cenek Vosmík (1913) – Replica of Ferdinand Brokoff’s original 1711 sculpture, which fell into the river during the floods of 1890.

Original commissioned by the Faculty of Theology and Philosophy of Charles University.

Commissioned by the Augustinian order convent of St. Thomas in Prague.

Tap on a Photo to … END_OF_DOCUMENT_TOKEN_TO_BE_REPLACED 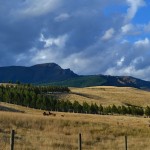 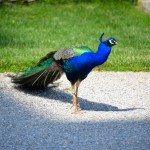