The story of the nosy church official…

Rumor has it that the painter of the chapel fresco (I’ve seen it ascribed to Karel Skréta, Johann Kracker and a variety of other names) liked to work in privacy. One day he spotted a Jesuit church official peeking in on his progress. As punishment, he included the spy in his painting. Espionage, it seems, has been with St. Nicholas Church since the beginning.

There are a few St. Nicholas Churches kicking around Prague – here is the one in Malá Strana (the Lesser Quarter).

Begun in 1704, this Baroque grandpapa took 51 years to complete. Neither the original architect, the Bavarian Christoph Dientzenhofer, nor his son Kilian Ignaz Dientzenhofer, lived to see the finish.

The interior is pink pastry, topping even St. James Cathedral in Innsbruck. If bloodthirsty cherubim and frescoes aren’t to your taste, look for the 19th century graffiti on the railings of the second floor balcony.

Or gird your quads for a trip to the tower. You’ll get a splendid view of the city – and a Soviet-era urinal.

During the Cold War, the Russians used the tower as a convenient observatory post. Spies past their prime were sent to the Dedkárna (Old Geezers’ Room) or Dedkostroj (Old Geezers’ Machine) to keep an eye on “enemy” embassies.

St. Nicholas’s ceiling – The Apotheosis of St. Nicholas – comes to you courtesy of the Austrian artist, Johann Lukas Kracker. It’s one of the largest ceiling frescoes in Europe.

Tap on a Photo to … END_OF_DOCUMENT_TOKEN_TO_BE_REPLACED 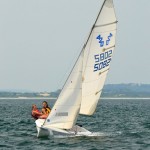 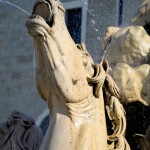 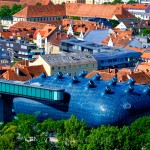 Ever walked through the innards of an alien? You can at the Kunsthaus. Like the Murinsel, the Kunsthaus (“Art Museum”) was created for European Capital of Culture celebrations in 2003. The architects, Peter Cook and Colin Fournier, took a mass of iridescent acrylic panels and wove them into an amorphous blue blob. If it seems […]