Our arrival in Budapest coincided with record flooding. Southern Germany was underwater, Prague was scrambling to erect flood barriers and the sullen Danube was lapping at the walls of Pest. Here it is on a sultry June evening, before it swallowed the lower embankment.

Budapest is a city divided. For most of Hungary’s history, it was simply Buda and Pest. In 1849, William Tierney Clark, an English engineer known for his Marlow Bridge across the Thames, finished work on the Chain Bridge (Széchenyi lánchíd). It was the first permanent bridge across the river. Yet the two halves of the city were only formerly united in 1873, in a period of increasing patriotic fervor. The country regained its national language but misplaced the vowels.

Thanks to the gargantuan human disaster known as World War II, what you’re seeing is reconstruction (along with the floods, a theme of traveling in Europe). The bridge was almost obliterated by retreating Germans during the Siege of Budapest. By the time the hand-to-hand and street-by-street fighting was finished, nearly 80% of Budapest’s buildings were damaged or destroyed.

Tap on a Photo to … END_OF_DOCUMENT_TOKEN_TO_BE_REPLACED 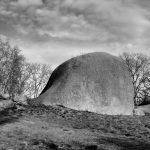 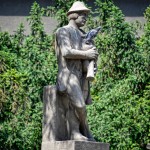 Marx Augustin was a bagpipe-playing, ballad singing, charming drunk around town. In the late 17th century, Lieber Augustin (“Dear Augustin”) became a beloved figure in city inns, an eternal optimist who chuckled in the face of Vienna’s Great Plague. One night, decidedly tipsy, Augustin tumbled into a gutter. Figuring it was as good a bed […] 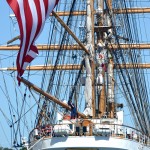