Alfons Mucha (1860-1939) was an Art Nouveau artist with a sensuous taste for life. If you’re in Prague for more than a day, don’t miss a visit to the Mucha Museum. Go at least an hour after opening to avoid running into the tour crowds.

Mucha catapulted to fame with his poster for Sarah Bernhardt in Giselda and never looked back. In a flurry of beauty, he produced promotional material for the Divine Sarah; ads for cigarette papers, champagne and tourist boards; jewelry, stage sets and costumes. Look for swirling floral motifs and wide-eyed women in flowing drapery.

A proud patriot, Mucha devoted much of his later art to his country. In addition to this magnificent window in St. Vitus Cathedral, he designed stamps and banknotes for the ill-fated 1920s-1930s republic and worked on the Lord Mayor’s Hall. His decidedly epic 20-canvas Slav Epic took him 18 years to complete.

In the spring of 1939, Mucha was arrested by the Gestapo. During the interrogation, the 78-year-old artist contracted pneumonia, eventually being released due to illness. He died a few days later.

St. Vitus Cathedral is the Gothic pride of Prague, but, in reality, the cathedral wasn’t finished until the 1950s. With the financial support of Charles IV, King of Bohemia (later Holy Roman Emperor), the chapter of the cathedral and the Archbishop Arnost of Pardubice, work began in 1344.

The Frenchified feel comes from Matthias of Arras, the cathedral’s first architect. He died eight years into the project, leaving only the easternmost parts of the choir complete. His successor, Peter Parler, was younger and hardier. From the age of 23 to his death 47 years later, he put his heart and soul into the choir and transept.

You can see his handiwork in the bell-shaped columns, clerestory walls, the Chapel of St. Wenceslas, the original window tracery and, especially, the dynamic zigzag pattern on the choir ceiling (called Parler’s vaults or net-vaults).

And you can see him. Trained as a sculptor and woodcarver, Parler decided to throw in a fair amount of architectural sculpture. Cast your keen eyes at the triforium to discover busts of the royal family, saints, Prague bishops and the master builder himself.

Construction may have gone quicker if Charles IV hadn’t kept pulling Parler away for other projects, including the Charles Bridge. Work continued under Parler’s sons, but the Hussite War and the great fire of 1541 caused progress to come to a crashing halt.

It wasn’t until the 19th century, during the Czech National Revival, that the final push began. Areas were repaired, the interior was restored and the western door and crossing completed. Look for the touch of Prague’s early 20th century artists in the fabulous stained glass windows and outer bronze doors.

St. Vitus is the patron saint of actors, entertainers, dancers, epileptics and Bohemia. Troubled by lightning, dog bites or oversleeping? Spare a prayer for St. Vitus.

After his martyrdom in the 4th century, his fame (and bones) spread rapidly through Europe. In A.D. 925, King Henry I of Germany visited Wenceslaus, Duke of Bohemia, and presented him with the bones of one hand of St. Vitus. The Duke built a Romanesque rotunda in the saint’s honor, subsequently replaced by St. Vitus Cathedral.

Thanks to the dancing moves of medieval folk during his feast day, the saint has also lent his name to St. Vitus Dance, the common term for the neurological disorder Sydenham’s chorea. Sufferers typically experience uncontrollable jerky movements in their face, hands and feet.

Tap on a Photo to … END_OF_DOCUMENT_TOKEN_TO_BE_REPLACED 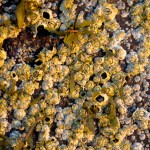 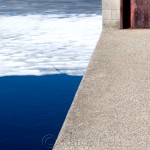