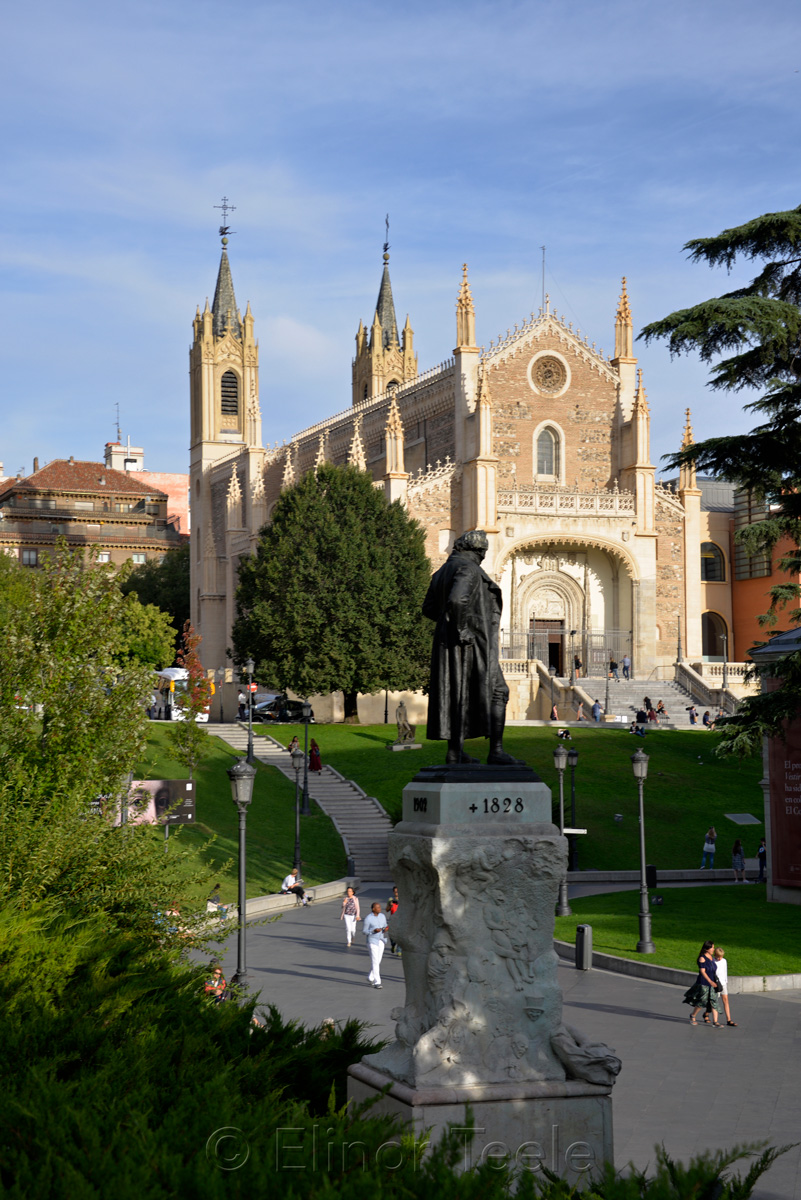 San Jerónimo el Real is an early 16th century church that has undergone various transformations since its beginning as a Hieronymite monastery (Latin: Hieronymus = English: Jerome).

Originally, there was a monastery to the north, near the Manzanares river. But the location was marshy and the decision was made to move to healthier ground. The official Iglesia Parroquial de San Jerónimo el Real (“Parish Church of St. Jerome the Royal”) was founded in A.D. 1503.

Because the church stood next to the future Palacio del Buen Retiro, it was commandeered by royals for ceremonies such as the investiture of the Princes of Asturias (heir apparents to the throne), including the future Philip II. There’s even a portrait of the ceremony for Ferdinand VII in the Prado.

During the French occupation of Madrid in A.D. 1808, the Palacio was used as a barracks, with predictable results. The church was also occupied and damaged. What you see now is mostly down to restorations and remodeling.

The statue in the foreground is Francisco Goya, Spain’s famous 18th-19th century painter. Goya had a tough life, marked by the death of his children and serious illness, but he lived until the age of 82.

Tap on a Photo to … END_OF_DOCUMENT_TOKEN_TO_BE_REPLACED 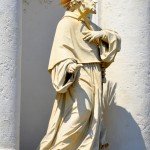 Minorites (a.k.a. Friars Minor Conventual) are heirs to St. Francis of Assisi and disciples such as St. Anthony of Padua. Both of these men are honored in statues beside the door of the Mariahilferkirche. St. Francis is one of my favorite Catholics – a pleasure-seeker and a soldier who renounced his life of luxury (his […] 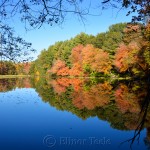