Tucked behind a modest facade in Innsbruck’s center is the incomparable Cathedral of Saint James. This is Baroque architecture in all its pastel pink glory, complemented by a healthy wallop of silver and gold leaf. When in doubt, add a cherub.

What you’re seeing is mostly post-WWII restoration work. Innsbruck was a major railway hub for the Nazis and was bombed repeatedly. 600 high explosive, 45 delayed-action bombs and 12,000 incendiaries hit the city on December 16, 1944, and the cathedral was almost destroyed.

Lest we forget, on the wall of the nearby Old University, there is a simple plaque that reads:

“In memory of the resistance fighter Robert Moser, Innsbruck. He was tortured to death by the Gestapo in this building. His fate reminds us of all victims of the National Socialist terror in Tirol. Such a thing must never happen again in our society.”

The Province of Tirol

A German-born Jewish American, Mayer enlisted in the U.S. Army after Pearl Harbor. He managed to capture a U.S. brigadier general (during training), parachute into the Alps (in winter), pose as a German army officer (residing in their barracks) and survive torture by the Gestapo. In 1945 (and still a sergeant), he accepted the surrender of Innsbruck’s German forces.

St. James holds the tomb of Archduke Maximilian III of Austria, Grand Master of the Teutonic Knights. Skip the penitent man in prayer and head for the birds.

Tap on a Photo to … END_OF_DOCUMENT_TOKEN_TO_BE_REPLACED 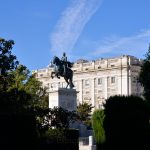 Behold a miracle of 17th century engineering. According to legend, Philip IV wanted to have a bolder and more impressive equestrian statue than his father, Philip III (you can see that one in the Plaza Mayor). So he commanded it to be so. The Italian sculptor, Pietro Tacca, was commissioned to cast it in bronze, […] 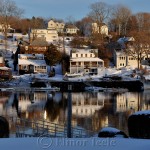