Nazi-occupied Prague, an aspiring SS officer, a simple job – what could go wrong? In Jiri Weil’s black comedy, Mendelssohn Is on the Roof, the answer is, a lot.

Julius Schlesinger’s orders are simple. His Nazi superiors wish him to remove the statue of the only Jewish composer on the roof of the Rudolfinum, the famed Felix Mendelssohn. No problem. He orders two Czech laborers to get on with the job.

But then, a snag. None of the statues are labeled, the laborers complain. So which is which?

Aha! Schlesinger has remembered his studies on racial science. The one with the biggest nose will be the Jew.

So off the laborers go to locate the statue with the biggest nose. They find him with ease – a hulking man with a beret – wrap a rope around his neck and heave.

The real tragedy is that this story is based on a real-life event. All in all, the Holocaust claimed more than a quarter of a million Czechoslovak Jews; by the end of the War, only 15,000 remained in the country.

The former seat of the Czechoslovak parliament (1918-1938) is now the home of the Czech Philharmonic Orchestra.

Tap on a Photo to … END_OF_DOCUMENT_TOKEN_TO_BE_REPLACED 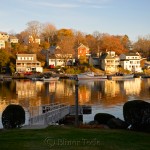 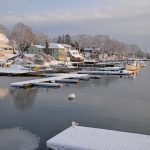 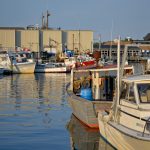