Innsbruck is located in (pause for excruciating pun) the Inn valley. Brücke means “bridge” in German – hence Innsbruck, “the bridge over the Inn.” That would be the muddy, roaring river depicted here.

It’s a thoroughly Austrian city, iced in pink and white, full of trundling trams, thick cigarette smoke and pensioners on a summer jaunt. Packs of tweens gather to lob spit and pick-up lines across the cobblestones. Tourists cluster in the biergartens – where the sandwiches are laced with hard-boiled eggs – and in front of Maximilian I’s famous golden roof.

If you prefer botany to Baroque, head for the Imperial Gardens. There, in the former haunts of Habsburgs, you can idle away an afternoon listening to music or watching a game of outdoor chess. Just try to ignore the appalled gasps of ghostly aristocrats.

Tap on a Photo to … END_OF_DOCUMENT_TOKEN_TO_BE_REPLACED

Otherwise known as the land of schlock. 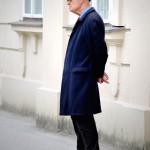 This man was chatting to himself in the Mirabell Gardens on Saturday and in the Residenzplatz on Sunday. 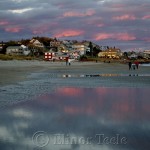