Like many castle sites in Europe, Prague Castle is a hodgepodge of buildings created over many centuries. It boasts the record for the largest ancient castle in the world (570 meters long) and covers more than seven football fields. Wear comfortable shoes.

Despite its medieval pedigree, the Castle still feels young, like a man just reaching maturity. The changing of the guard, the castle uniforms, the Plecnik Hall, the Mucha Window – these are products of 20th century imaginations.

It also feels very vulnerable. Perhaps that’s because the sunny optimism of the early 2000s has an eerie echoes in the First Czechoslovak Republic. As anyone who has taken the train across the country will tell you, there aren’t many mountains to repel invaders.

In 1989, President Václav Havel decided that the khaki communist uniforms of the castle guards had to go. He turned to an old friend, Theodor Pistek, for help.

Pistek had been the costume designer for Milos Forman’s Amadeus and knew a thing or two about fabric. After careful consideration, he came up with the blue outfit seen here – an echo of army uniforms from the first Czechoslovak Republic (1918-1938).

Tap on a Photo to … END_OF_DOCUMENT_TOKEN_TO_BE_REPLACED 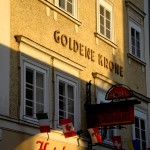 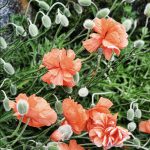 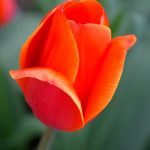