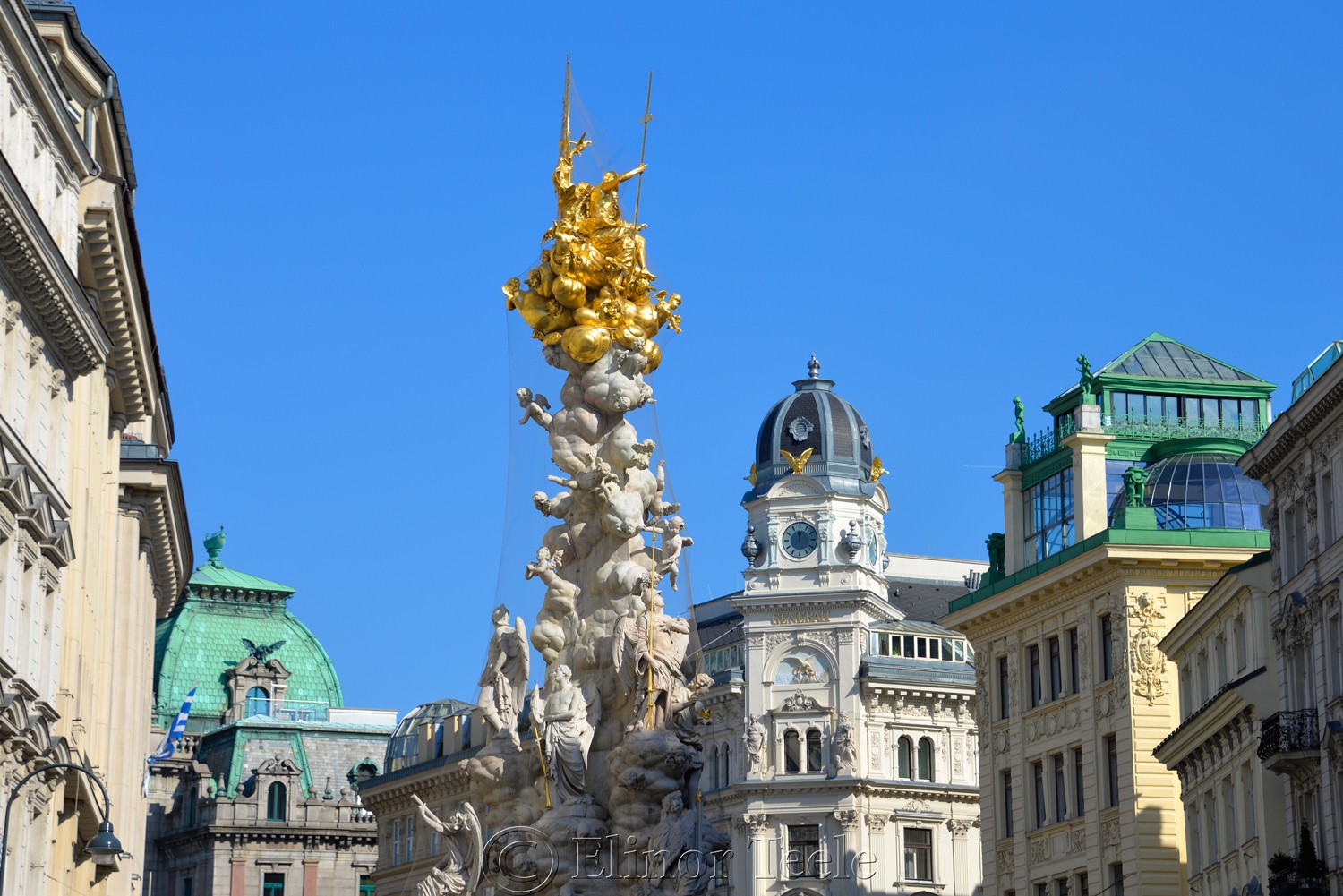 Plague was devastating in cities with crowded conditions and poor sanitation. In A.D. 1679, the Great Plague of Vienna wiped out approximately 76,000 people. Some victims were thrown in the ditch that ran through the Graben. Others were carted to huge pits outside the city to await burning. These pits were invariably infested with rats (or bagpipe-playing drunks).

Unsurprisingly, Emperor Leopold I didn’t hang around in Vienna to see the consequences. But as he was hotfooting it out of the city, he did vow to create a memorial column if God saw fit to end the scourge. The result was a hodgepodge of artistic endeavors, with designers and sculptors like Johann Frühwirth, Matthias Rauchmiller, Johann Bernhard Fischer von Erlach, Lodovico Burnacini and Paul Strudel all having a hand in construction. The Pestsäule (Plague Column) or Dreifaltigkeitssäule (“Holy Trinity Column”) was finished in A.D. 1693.

While you’re admiring the angels and the golden Trinity, look for a kneeling man at the base. This petrified figure is Leopold I, praying for his city’s deliverance.

Tap on a Photo to … END_OF_DOCUMENT_TOKEN_TO_BE_REPLACED 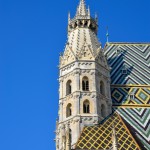 The west side of Stephansdom is flanked by two 65-meter towers. These sturdy pillars were built with the rubble of Roman ruins, which is why they are called Heidentürme (“Heathen Towers”).