Prague’s Old Town (Staré Mesto – excuse the lack of an inverted circumflex) began as a marketplace and settlement in the 10th century, eventually growing big enough to merit a town charter from Wenceslas I in 1231.

But the boom really began in the 14th century. That’s when Charles IV built the Charles Bridge and founded his world-famous Charles University. The two halves (Mala Strana and Staré Mesto) were united in 1784, at which point the Old Town Hall became the seat of government.

Old Town is a smorgasbord of architectural styles. The basements are Romanesque – inhabitants built on top of old buildings in attempt to raise the level of the town above the floods of the Vltava River – the gates and town hall (founded in 1338) are Gothic and, courtesy of a fire in 1689, many of the public buildings are Baroque. The maze of medieval streets remain resolutely confusing.

Like many places in Prague, the Old Town Hall bears its scars for all to see. Most notably, there’s the missing northern wing, destroyed by the Nazis on the day before the Soviets charged into the city.

And then there are the white crosses in the pavement on its eastern side. In 1621, after the Catholic victory at the Battle of White Mountain, 27 Protestant nobles were beheaded on the “Day of Blood.” The crosses mark their place of execution.

There are better and bigger pictures of Prague’s Astronomical Clock, but this gives you a sense of its scale. It’s the oldest astronomical clock still working, though it’s had a few close shaves. In 1945, incendiary fire from the Nazis destroyed the wooden sculptures and the calendar dial. Heroic citizens saved it from complete destruction.

The figures you see near the bottom are the Chronicler, Angel, Astronomer and Philosopher. They flank a reproduction of the calendar wheel painted by the Czech Revivalist Josef Mánes in 1866. Each monthly circle displays a seasonal scene of rural Bohemia.

Astronomical clocks were a huge fad in Europe – the Nazis were more successful in destroying the one at Olomouc, former capital of Moravia.

Tap on a Photo to … END_OF_DOCUMENT_TOKEN_TO_BE_REPLACED 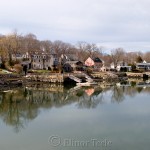 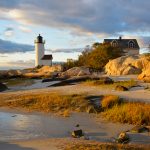 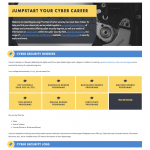 Move over James Bond – the new heroes are cyber security experts. To engage students in this exciting field, I collaborated with my regular partner, Degree Prospects, to create an educational/informational site. In addition to regular sections such as Programs and Career Profiles, I also wrote a section on Useful Resources, with pages such as: […]