If this doesn’t look much like a medieval ghetto, that’s because most of the Josefov (“Jewish Quarter”) was bowled in the late 19th – early 20th century to make way for new, Parisian-style architecture. A smattering of synagogues, the Old Jewish Cemetery and the old town hall are all that remain to remind us of its history.

And its famous monster.

Josefov is the birthplace of the Prague Golem, an amorphous lump of power and rage. According to legend, the late 16th century saw a spike in the persecution of Prague’s Jews. The Holy Roman Emperor, Rudolf II, had demanded inhabitants of the ghetto be driven out or slaughtered.

To protect his people, Judah Loew ben Bezalel, better known as the Maharal, stole down to the Vltava in the dead of night and molded a creature from river clay. Deprived of Dr. Frankenstein’s electrical methods, he brought it to life with a series of incantations and mystic rituals.

In the final step, a shem – a combination of letters forming any one of the words of God – was written on a piece of paper and placed in the Golem’s mouth. The Maharal named his new baby, “Josef.”

For a while, Josef behaved himself. He summoned spirits from the dead, made himself invisible, did his job. At the end of the week, before Saturday’s Sabbath, the Rabbi removed the shem. Every Sunday, he resurrected the ghetto’s protector.

Then, disaster. One Friday night, the Maharal forgot to remove the shem. Loosed from his bonds, Josef went on a murderous spree, wreaking havoc through the old city. (In other versions of the story, he simply hares around the streets.) Only a last ditch effort from the Rabbi, who pulled the shem out in front of the synagogue, spared the citizens.

Tap on a Photo to … END_OF_DOCUMENT_TOKEN_TO_BE_REPLACED 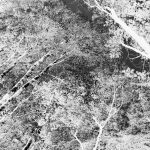 In Budapest, even elderly saints work out. St. Stephen’s Basilica was only completed in 1905, and you can see the same musculature at work (or at the gym) in early 20th century print. The extensive poster collection in the Hungarian National Museum contains gems like this one: The first issue of Nyugat, a famous literary […]