Perched on the rise above the main road, the Church of St Thomas the Apostle was blessed and opened for worship on June 7th, 1903. The designer was Francis William Petre, a firm believer in the resurrection of the Gothic style. Petre is better known for his showcase projects—St. Joseph’s Cathedral in Dunedin and the Cathedral of the Blessed Sacrament in Christchurch (destroyed in the recent earthquake)—but he took time to dabble in domestic architecture, including the Pinner House in Dunedin.

Garston is New Zealand’s most inland township, a small hamlet tucked between the Eyre Mountains to the west and the Slate Range and Hector Mountains to the east. Sheep and gold were once the mainstays of this glacial valley; now the primary harvest is tourism.

Tap on a Photo to … END_OF_DOCUMENT_TOKEN_TO_BE_REPLACED 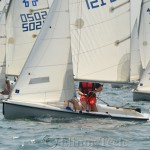 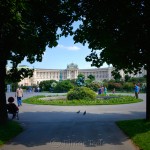